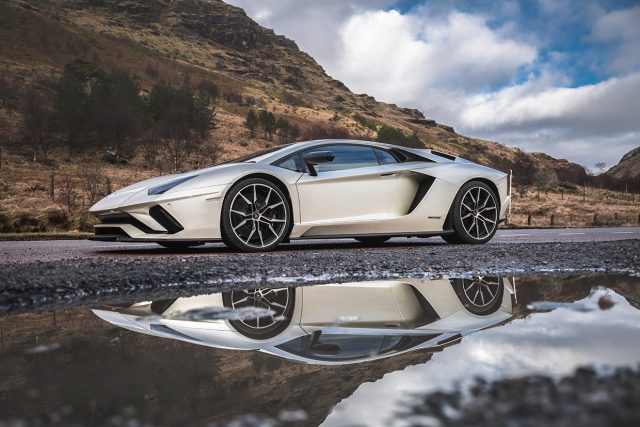 In my opinion, there’s a good argument that today’s performance cars are just getting too fast. Roads are getting busier, driving purely for enjoyment is becoming more difficult and yet power outputs seem to be constantly increasing.

With 350+ bhp now the norm for hot hatches, and supercars rapidly approaching 800, is the manufacturers power race all getting a bit too much? At the same time, technology is making all this performance more accessible than ever. While in theory that sounds great, in reality it can result in frustration at only being able to use a fraction of the cars ability, or risk an unplanned extended holiday at the governments expense. 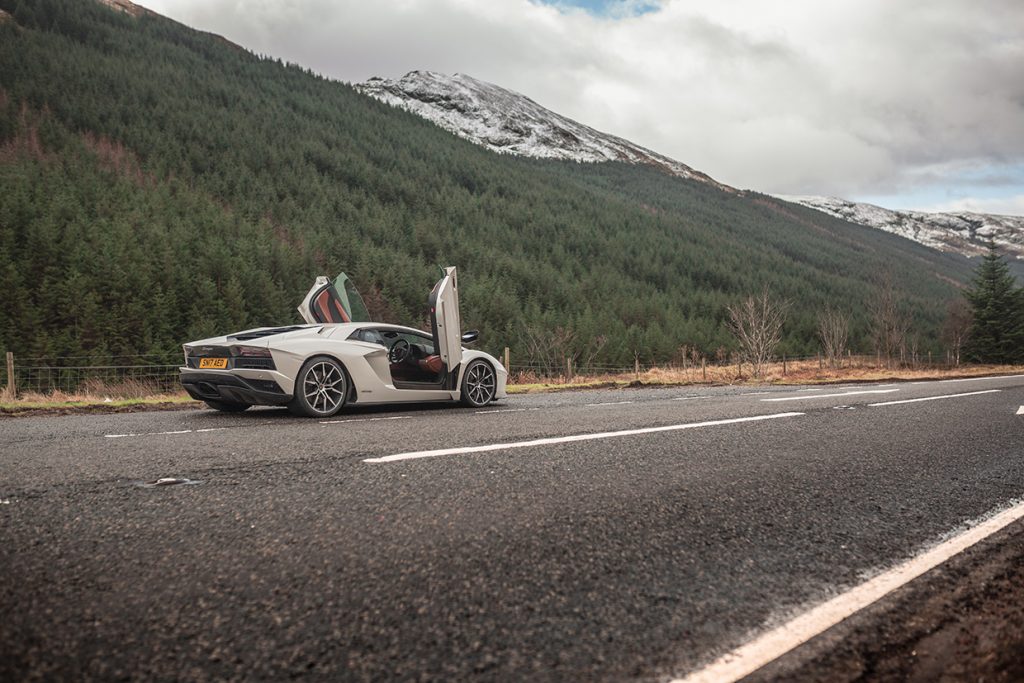 That’s probably not a great build up to a 730 bhp supercar, but as we found out after spending a weekend filming with Lamborghini Edinburgh’s Aventador S, not all supercars are made from the same mold.

First up, this isn’t really a review as while filming you inevitably spend more time trying to get the right shot (TT’s John Steele-berg is a tough taskmaster), rather than exploring the car. Not exactly a hardship I know, and it was still enough to get an idea of what the Aventador S is all about. 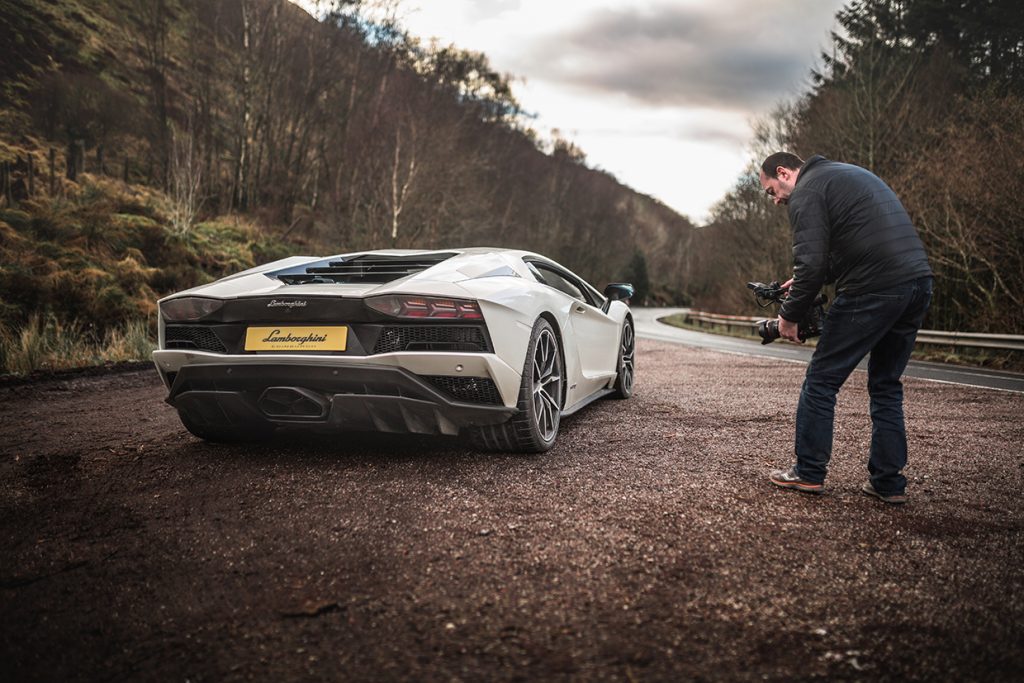 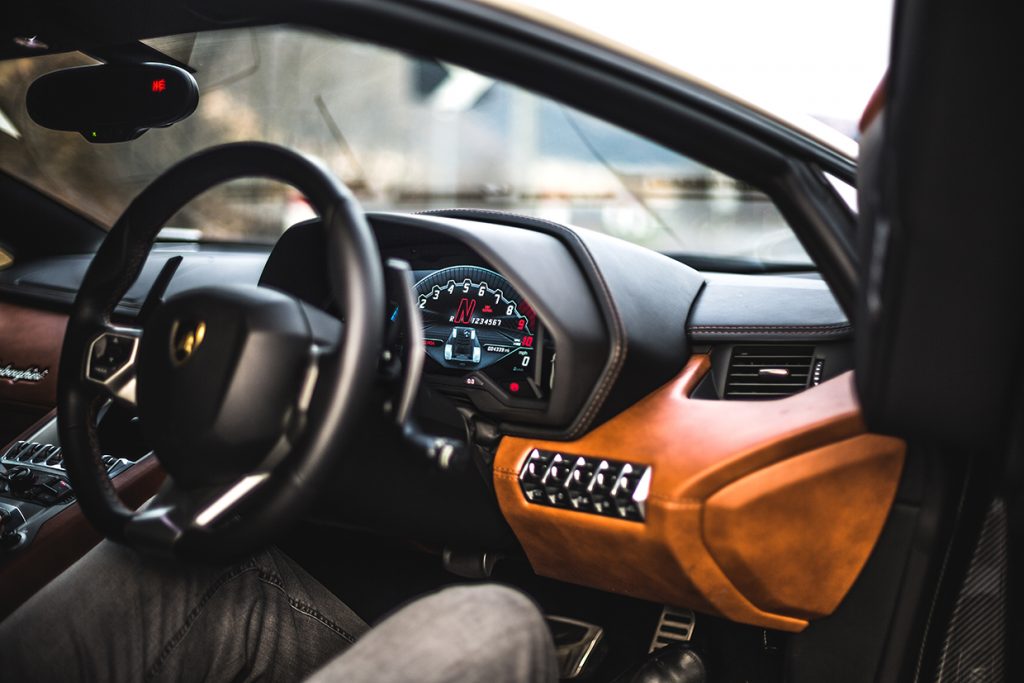 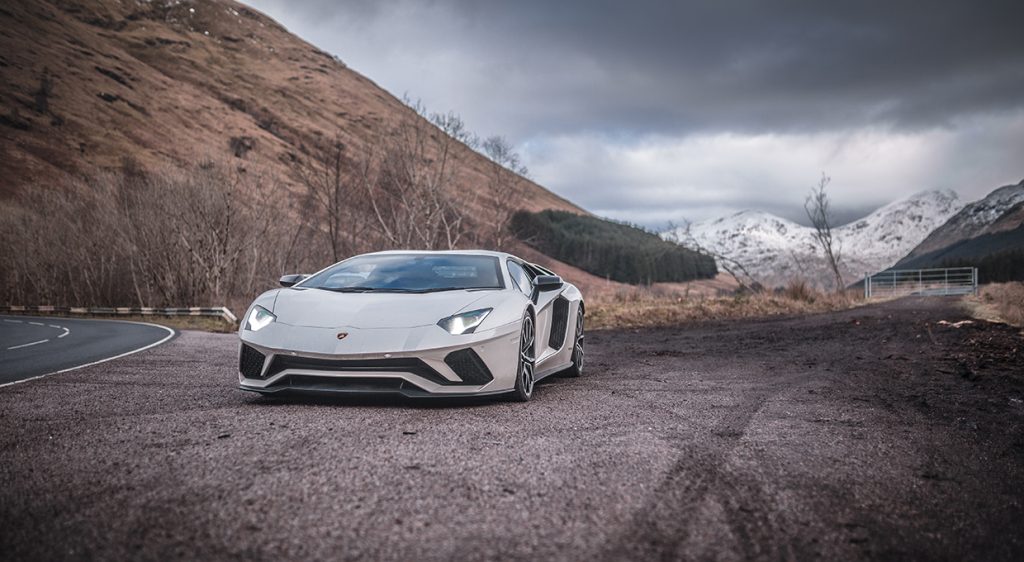 Compared to the McLaren 720S (which TT drove back in August last year), the Aventador S is a distinctly different take on the supercar – a more traditional interpretation of the genre. The McLaren feels very much next generation. On the flip side, the shear sense of occasion you get from the big bull makes the Brit seem a tad sanitised.

Both are unmistakably ‘on brand’, and any performance difference between them (of which there is little) is irrelevant. The pair are ridiculous fast. Where they differ is the way in which they deliver that performance and the accompanying sensations. 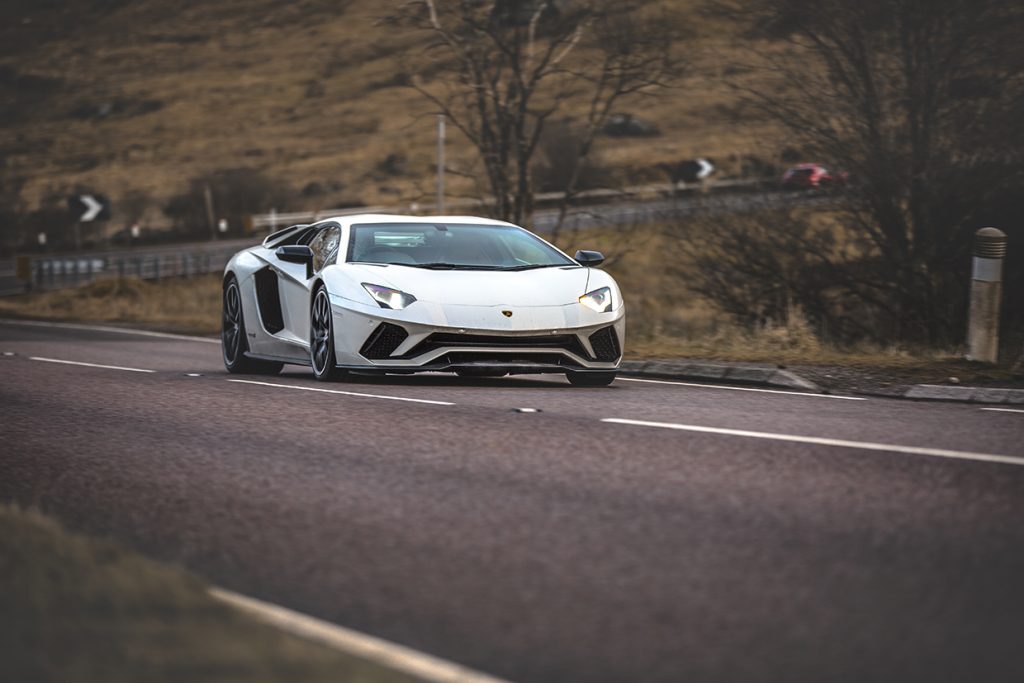 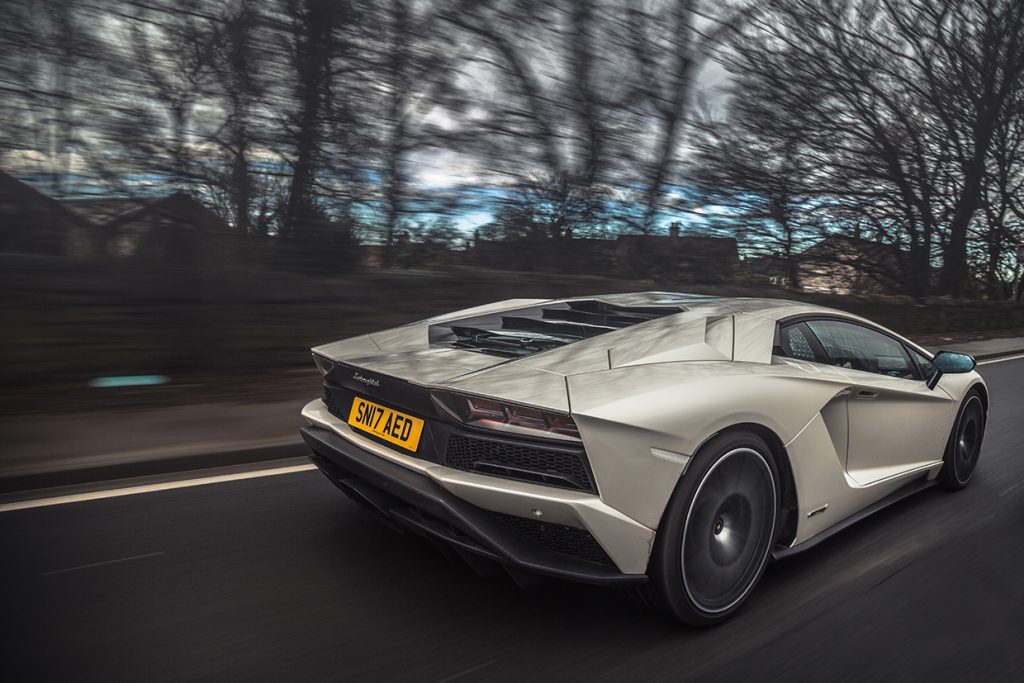 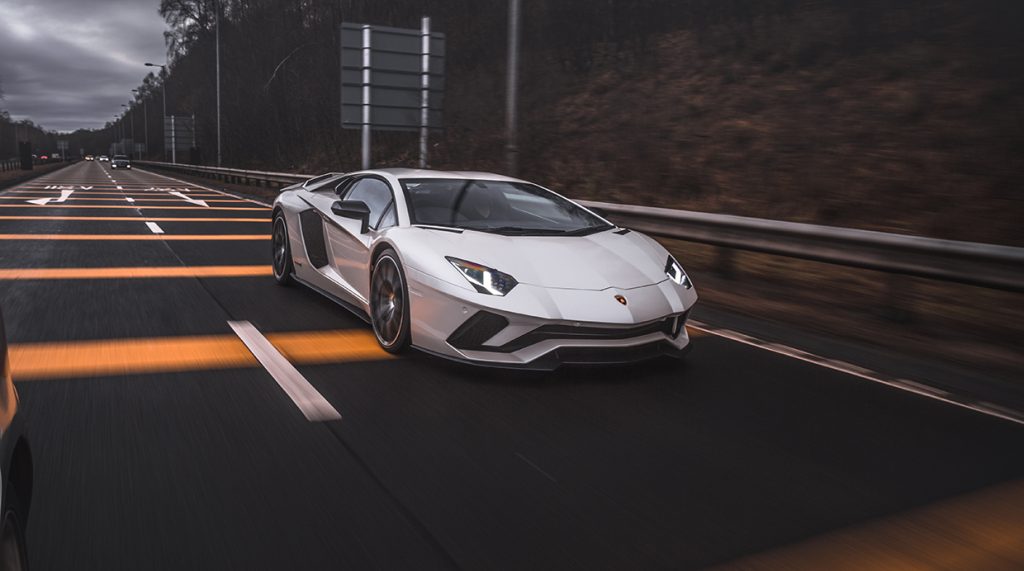 The lasting impression of the 720 is of pure speed, and the effortless (relatively) way in which it deploys its huge performance. The Aventador S might not ultimately be as fast or as exploitable but it goes about the job with a greater sense of theatre and is more of an assault on the senses. Additionally, and importantly, it provides this drama more of the time. Even when you aren’t stretching its legs, the combination of road presence, noise, and that incredible naturally aspirated 6.5 litre V12 make it a real heavy weight in the emotion stakes.

Thankfully no downsizing or turbo charging has yet been deemed necessary for Sant’Agata’s finest, and it’s all the better for it. The throttle response, the noise and the way the power builds round to the 8,500 rpm redline are magnificent. The feel good factor is off the charts. Who cares if it hasn’t got as much torque as a turbo charged equivalent – not me for one!

The revised styling is also pure Lamborghini and looks sensational just standing still. Lamborghini’s have always been bona fide poster cars and that is still the case today. Touches such as the scissor doors and jet fighter styler starter button just make you smile and feel like a kid again, which is surely what supercars are all about. 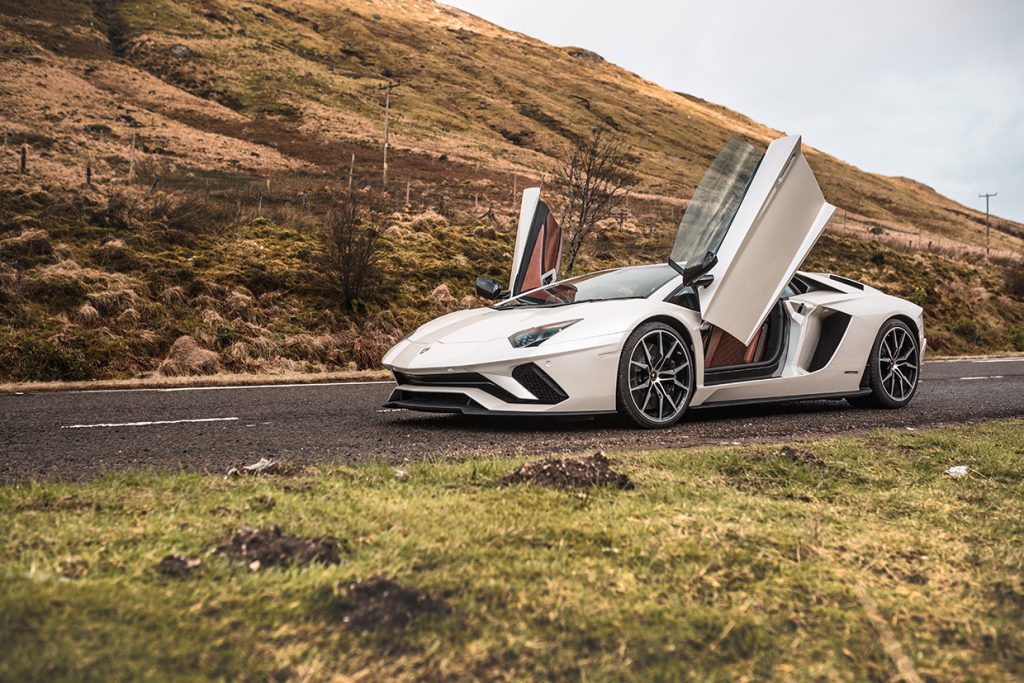 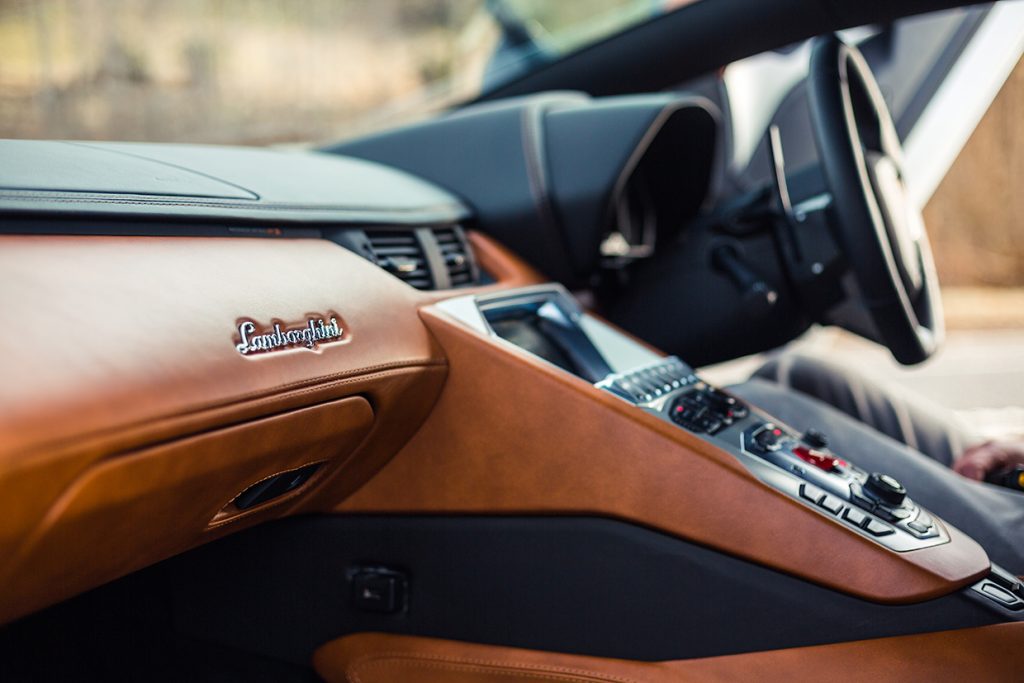 Nowadays folk often talk about supercars that you could use on a daily basis, or that are easy to live with, but I’m not sure that I want a supercar to be as such. Regardless of how user-friendly a supercar is, in many situations, a ‘normal’ car is just better. Sure, you want a degree of usability, but they shouldn’t be judged on that criteria. They should be a bit edgy and intimidating. Maybe you don’t want it to bite your head off, but knowing it ‘might’ adds to the excitement. You should have to respect it.

That’s not to say the Aventador is an uncompromising brute, its not. Leave it in ‘Strada’ mode, and it doesn’t take long to acclimatise. Sure, it’s pretty wide and visibility isn’t great but you soon get used to. The ride is also good and doing long distances wouldn’t be the chore you might imagine. There is however the underlying feeling that you’d need to be on your A game if you switched it into ‘Corsa’ mode and went for it. Rightly so 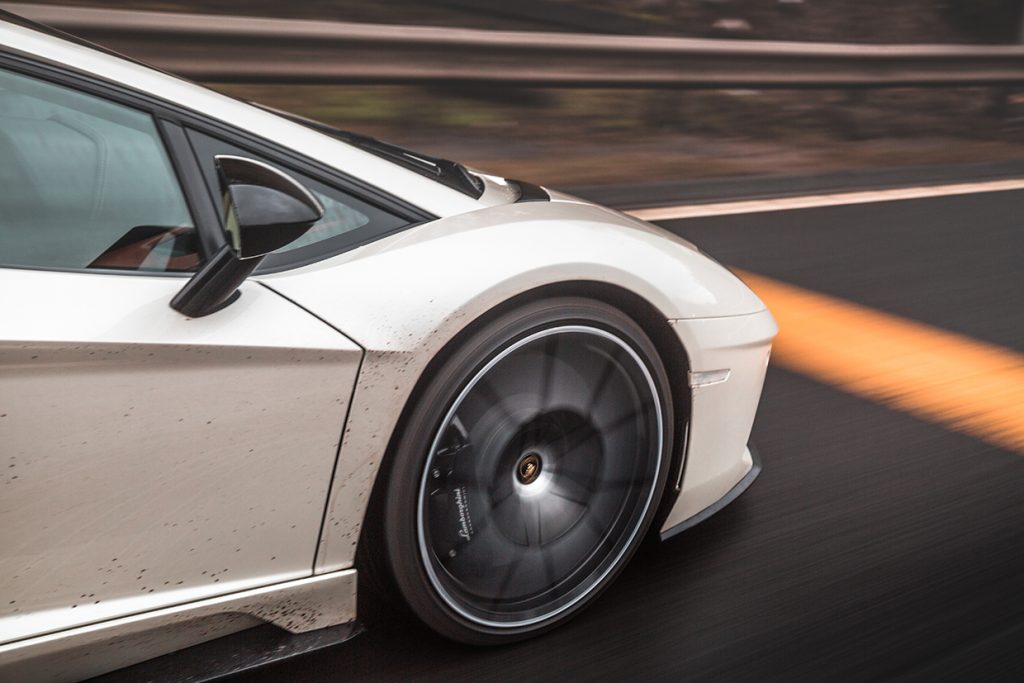 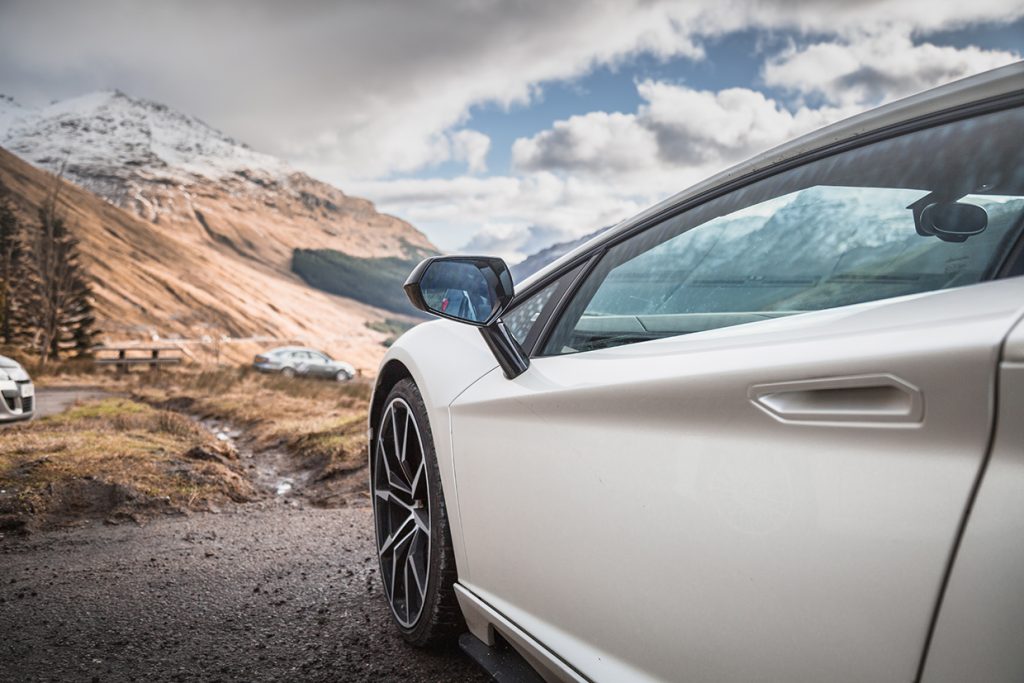 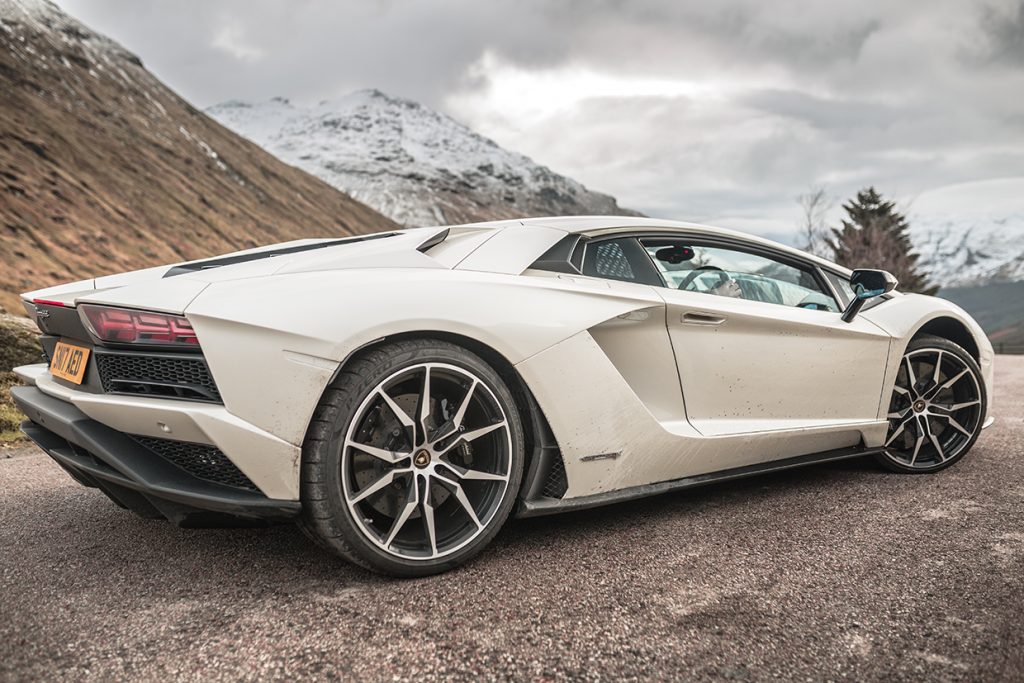 The main dynamic difference of the Aventador S over its predecessor is the introduction of rear wheel steering. Below 81 mph, the rear wheels turn in the opposite direction to the fronts (by up to three degrees). This has the effect of shortening the wheelbase and aiding agility. Above 81 mph, all four wheels turn in the same direction (the rears by up to 1.5 degrees). Additionally, the springs and dampers have been tuned and the all wheel drive system has been tweaked to provide more rear bias. Not having driven the previous Aventador I can’t comment on the difference but the S certainly has a feeling of agility and lightness which you might not expect.

It’s achilles heel is its gearbox. A seven speed automated manual which feels a bit unsophisticated compared to double clutch transmissions. This is particularly noticeable at slower speeds or when manevouring when it can be a bit clunky but the changes improve significantly at speed.

During our time with the Aventador S one thing was clear – there was a lot of love for the Lambo. Regardless of where you parked up, everyone wanted to talk about it or take a photo. One fuel stop literally had kids jumping up and down with excitement, and that was before swinging the door open and firing up that V12 – neither of which I could ever imagine getting bored of. 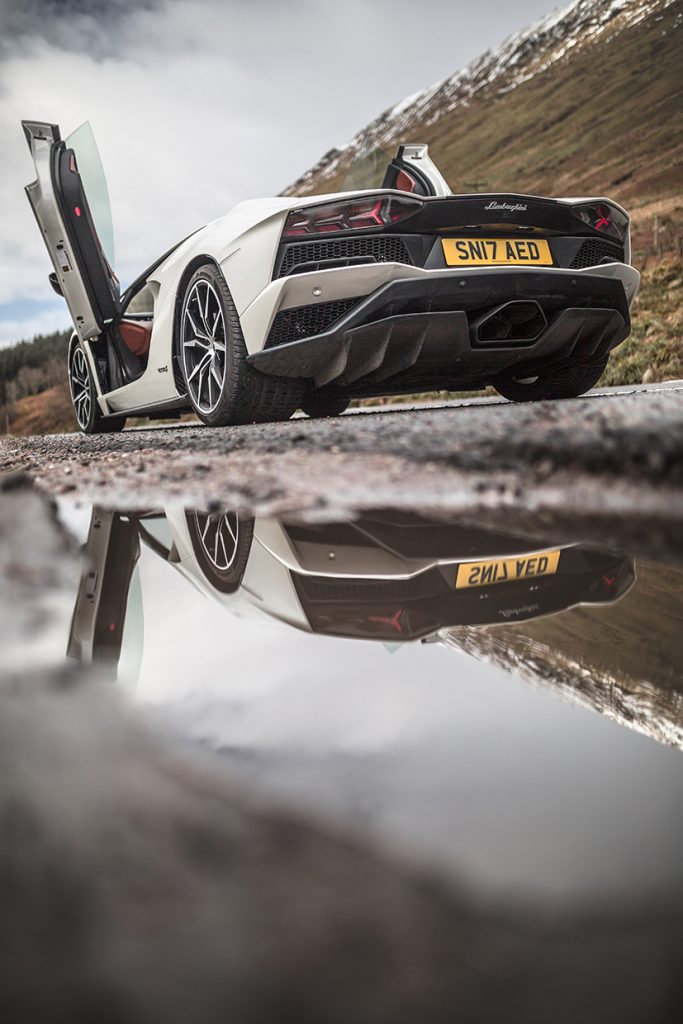 The Aventador S might be considered a bit more old school but it’s dripping with character and theatre, and is all the better for it. In a time when the industry is increasingly talking about electric and autonomous vehicles, cars like this should be celebrated and enjoyed before they become extinct. The world needs more V12 Lamborghini’s and given the funds I’d be more than happy to add one to the worlds quota. To me it’s the definition of a supercar.

If you haven’t seen the end results, check out the video on the Tartan Tarmac YouTube channel: