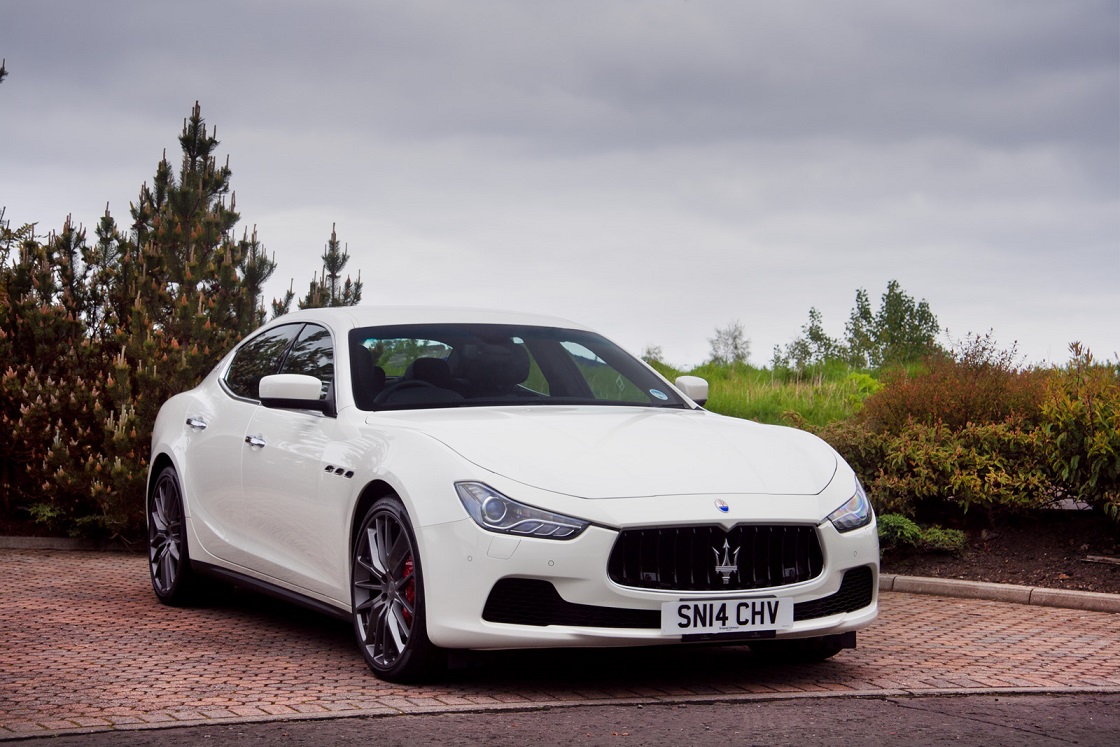 The traditional warning given by judges to juries is to have an open mind until all the evidence is concluded and to decide the case according to the facts. Such a warning should be issued to all those taking a drive in a car they have not experienced before. Why? Well because others may have some agenda, or have wildly different tastes to you or done the opposite of what judges require of jurors.

Having read many tests of the new Maserati Ghibli I had expected the ride to be brittle on our roads and a lack of ultimate chassis control manifesting itself through signals to back off and not try too hard. Within 200 yards it was clear the ride was very different. I opened my mind and here is my verdict according to the evidence. I tried the top spec Ghibli S with the turbo V6 on 20 inch wheels. It had the adjustable suspension and about £10,000 worth extras about £1800 which was decorative carbon fibre. I struggle to see the point in it or it’s value. The Ghibli S pushes out 410bhp, which to me, like on all modern cars always feels about 10-20% more than it is. You can guess my tastes are generally for older pre catalyst, traction control era cars.

Performance:
Even with my views on power sapping devices on modern cars, the overall performance is good. I drove on a variety of narrow country roads and dual carriageways. Any overtaking opportunity was easily taken in kick-down. On any objective measure 410bhp would be a supersaloon. To use the old Rolls Royce sales pitch, ‘the performance is more than adequate’. In practical terms it is more than most of us will need for any normal road use . More importantly it is easily access able, there is virtually no turbo lag, and it comes in smoothly cleanly and critically usable without drama.

I think 0-60 times are interesting for kids and bar braggers, but not in the real world. Mid range grunt in any gear defines a fast car. This one had it.

Economy:
Do you really care? If you buy this type of car it isn’t a priority. If it is buy the diesel and get an alleged 35mpg. From a check of the trip computer it appeared to be averaging about 21mpg over about 650 miles.

Handling /Roadholding:
This was the big surprise. In normal mode the suspension was compliant, smooth and handled the pot holes and ridges very well. My test passengers in the back, reported that the ride was similarity good. I have been in too many ‘sports cars/saloons’ where the idea of good road holding is to tie the suspension down so tightly that it is really only good on a track. Ferrari seem to have cracked that with the new 458 era cars which ride superbly despite stupidly thin ultra rigid sidewall tyres. This car has clearly benefited from that development. Changed into sport mode the car becomes a bit livelier on bumpy roads, with the back end jiggling. For the extra ‘control’ I don think it is worth switching unless on smoother roads or for very high speed driving, where extra suspension control is needed.

Interior and ambience:
Let’s be honest, no one buys these cars simply to get from A-B. If you need that buy a Kia!
Any car costing £60,000 plus should be very well made, reliable and have exquisite materials in it. Is this better than a BMW or Mercedes? Well, in ambience yes. It is personal taste, but taste always stands out. Maserati are keen to get back to the cachet of their old cars. An Italian Gentleman’s express! A car for the connoisseur. Verdict:
Applying an open mind to the evidence, it wins. It doesn’t try to be a German car. Nor should it. It does everything it is meant to competently and well. Like Chelsea Tractors, 95% of buyers will never get anywhere near these types of cars potential or limits. Buying say a E63 or M5 just because it has that extra edge in handling is largely for bragging. The rest of the time it is simply how it looks, feels and drives every day for the commute. It wins handsomely here.
Ask yourself this simple question: Would you like to be thought of as a ‘connoisseur of cars’ or as a business driver?