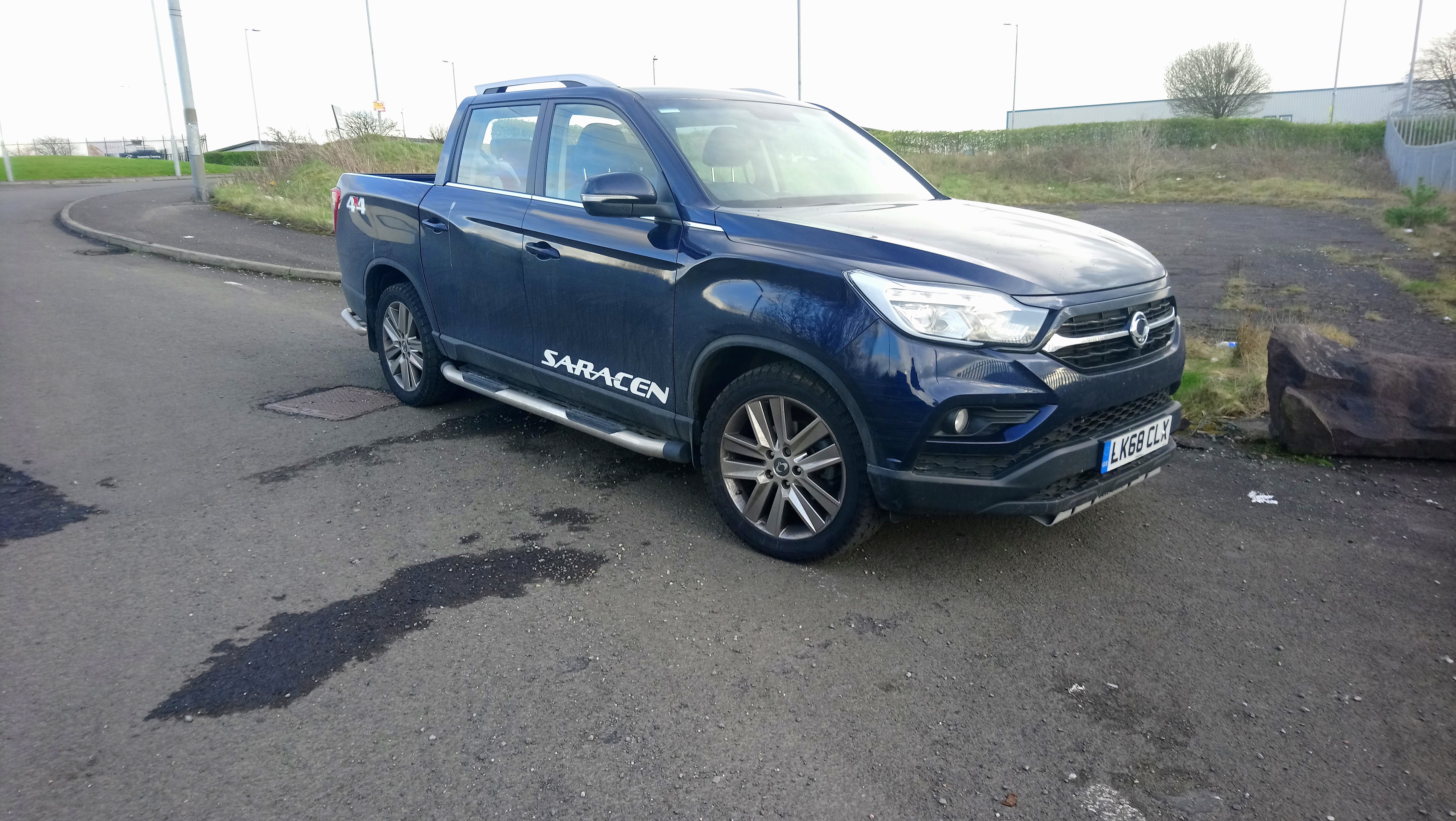 If you want a lot of car for your money then there’s no better value than pickup truck! Big, rugged, four-wheel drive and with enough space for a full flat’s worth of IKEA furniture, there’s nothing quite like them in the new car market.

With premium manufacturers like Mercedes entering the market with their X Class, we wanted to look at what the traditional players were producing and see where you should be spending your money. 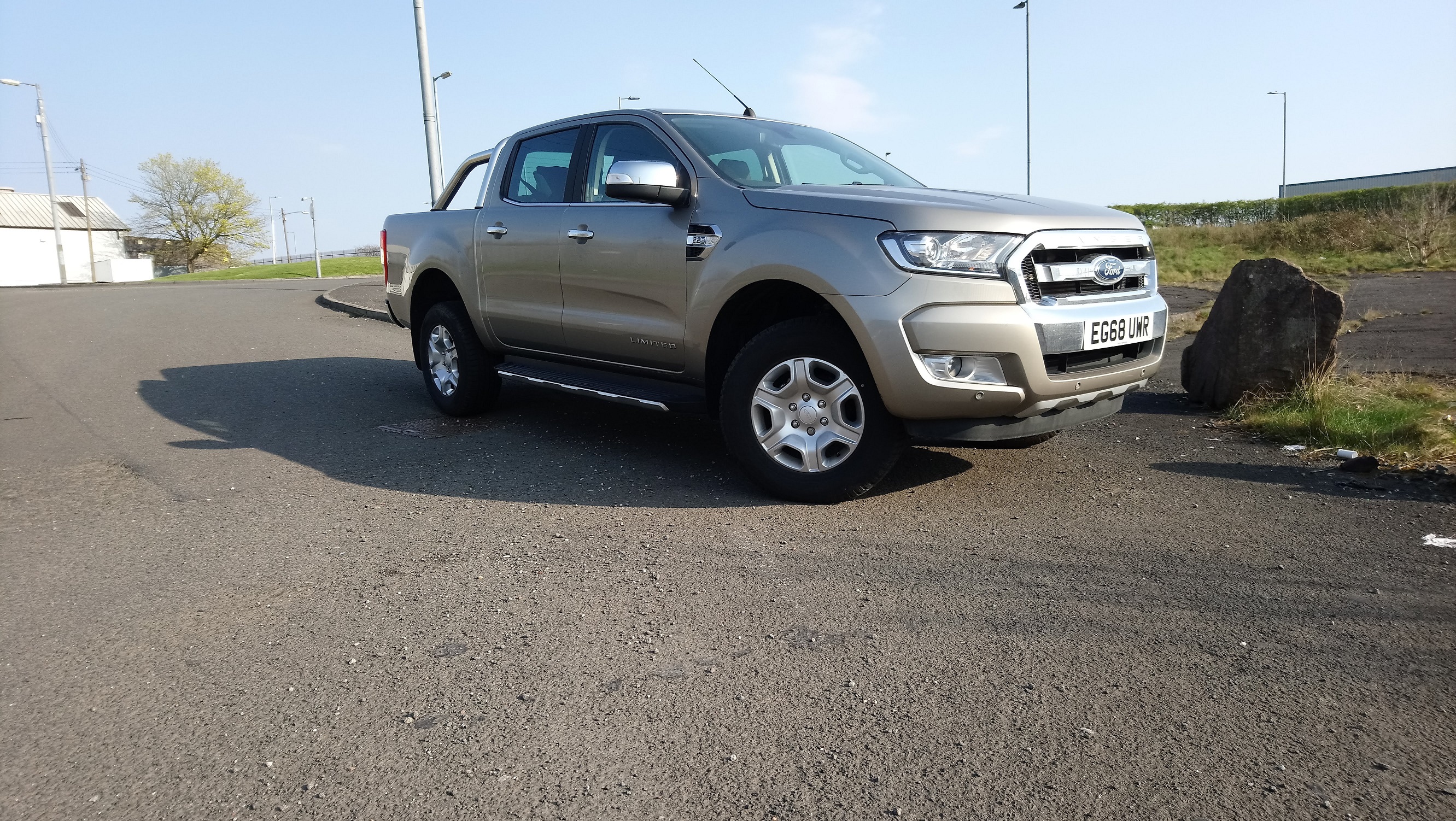 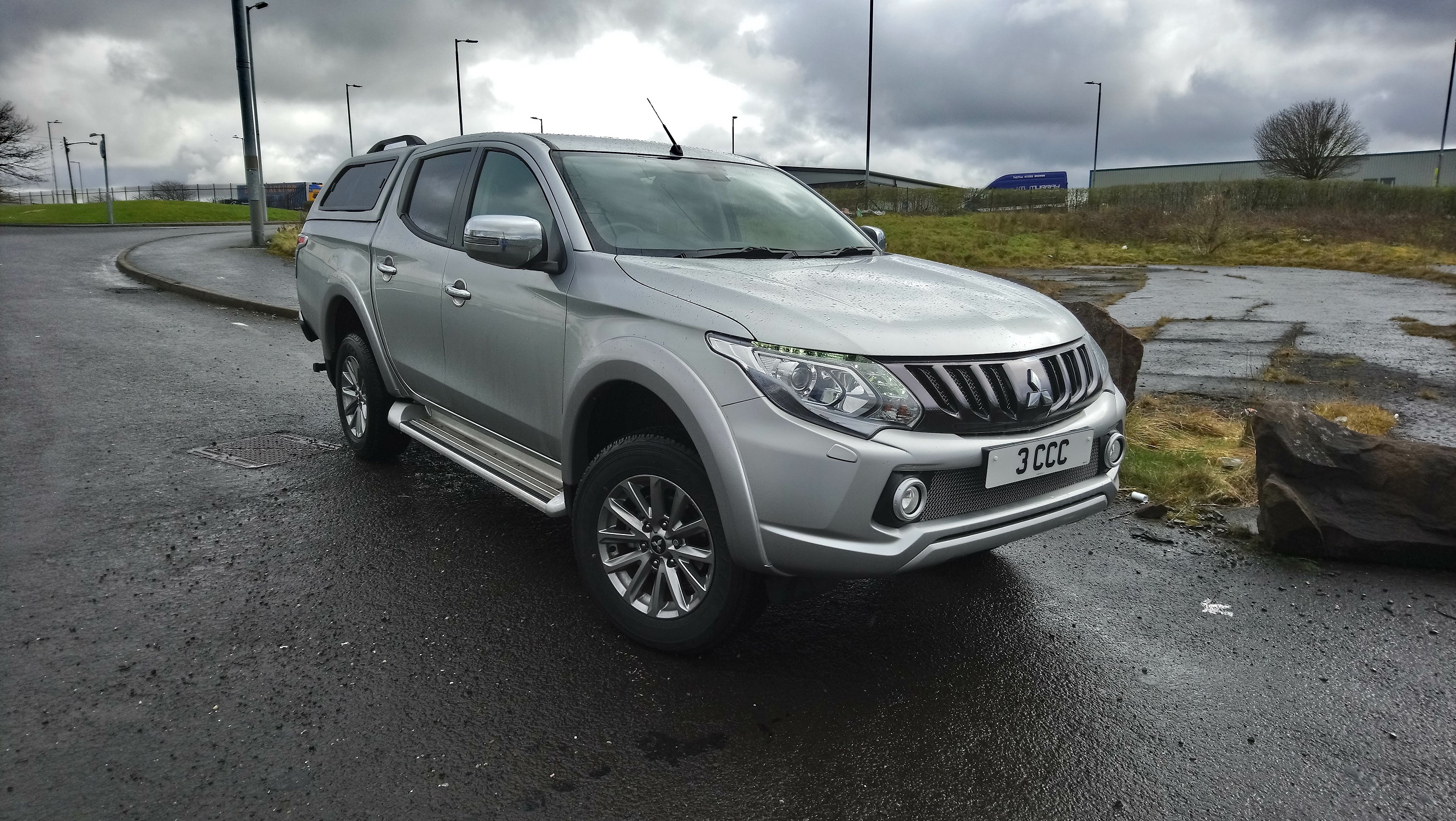 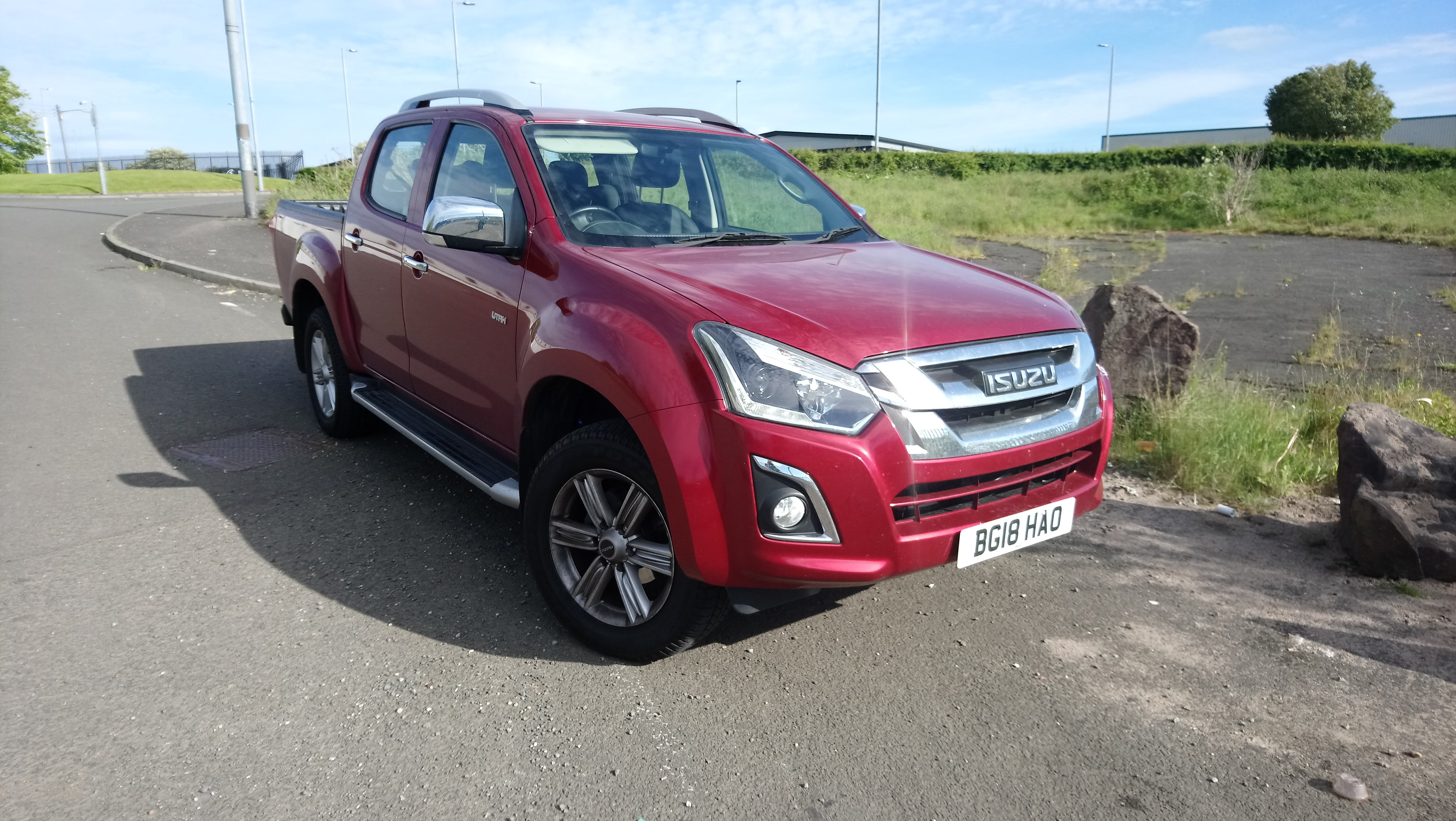 Considering their commercial vehicle origins, pickup trucks are used by quite a cross-section of society from builders using them to carry tools on to work sites, through to families who use them more like an MPV/SUV.

For the purpose of comparing the L200, Musso, Ranger and Dmax, I mostly carried two small children around, went to the shops, commuted along the M8 motorway and did a couple of tip runs. This means that the pickups were very rarely fully loaded and therefore the suspension was never really tested with a lot of weight over the rear axle – less useful if you’re looking to see what they are like as a work vehicle.

Now, none of the trucks tested here you could class as refined but there were varying degrees of refinement between the engines, suspension and steering.

After a week with all of the vehicles, it was a real surprise that the best of the bunch, when it came to driving, was the Ssangyong. A lot of people reading might not even realise that Ssangyong sells cars in the UK, or that they even make cars at all, but they’ve come out with a real contender in the pickup market.

Fitted with a 2.2l diesel (179bhp and 295lb/ft) mated to a six-speed auto, the Musso was smoothest and quietest of the models tested here. Considering the number of L200s and Rangers that must be sold worldwide compared to the Musso, it’s amazing they have done quite so good a job here. By comparison, the Ford Ranger felt really slow and rough and the Mitsubishi L200 wasn’t much better. The Isuzu Dmax came a close second but didn’t feel quite as refined.

For actual driving pleasure (that might be a slight exaggeration!) the Musso also pipped the rest of the bunch, helped by its multi-link rear suspension with coil springs, rather than tradition leaf springs like most pickups. For those looking for a family truck rather than a workhorse, this is a great compromise.  However, for towing or load-lugging duties, you may still want to look at the Ranger or the L200 with their leaf spring setup.

Again, the Isuzu Dmax comes a close second and if you’re looking for a nice ride in your pickup it’s still worth a test drive. 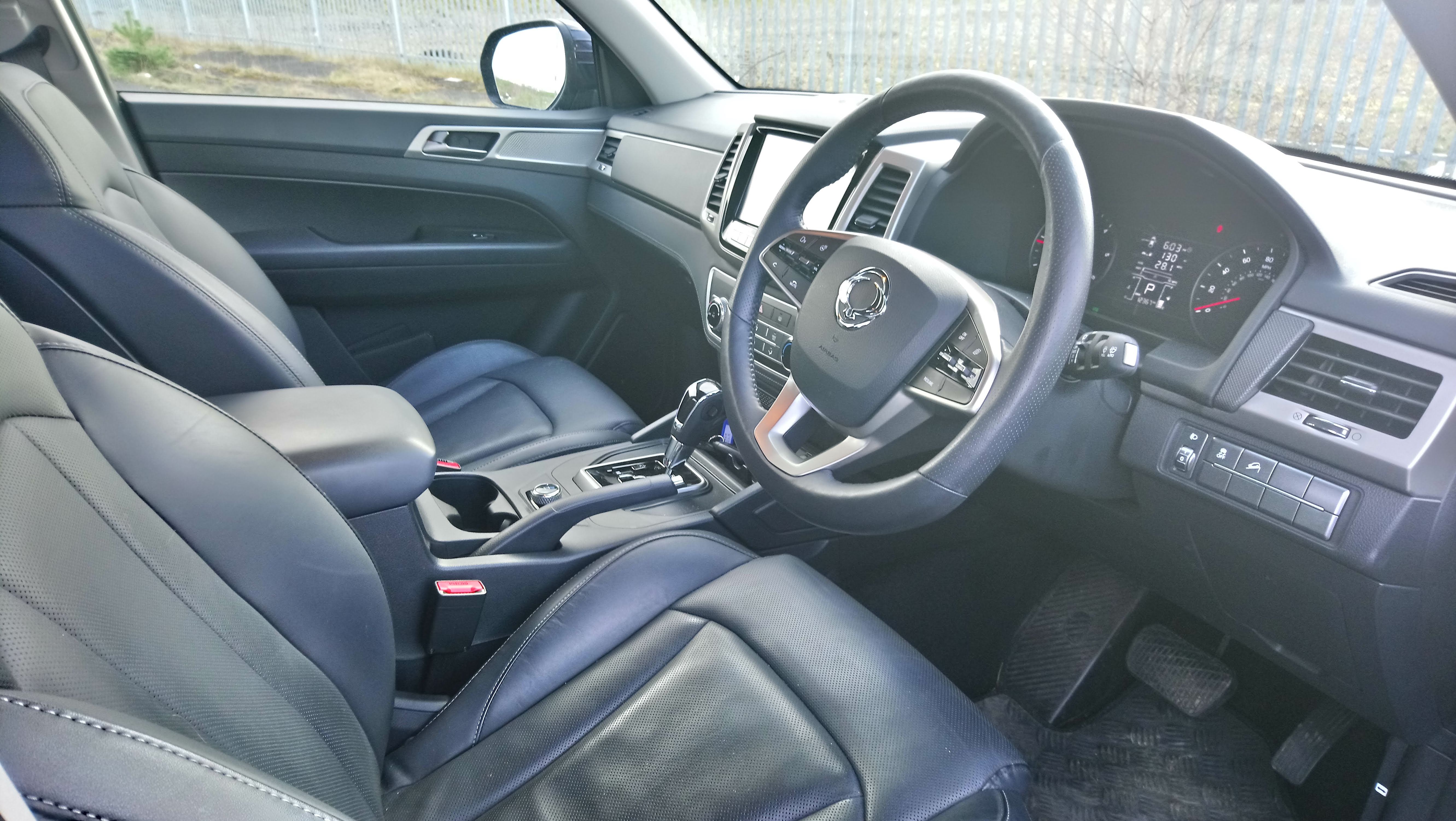 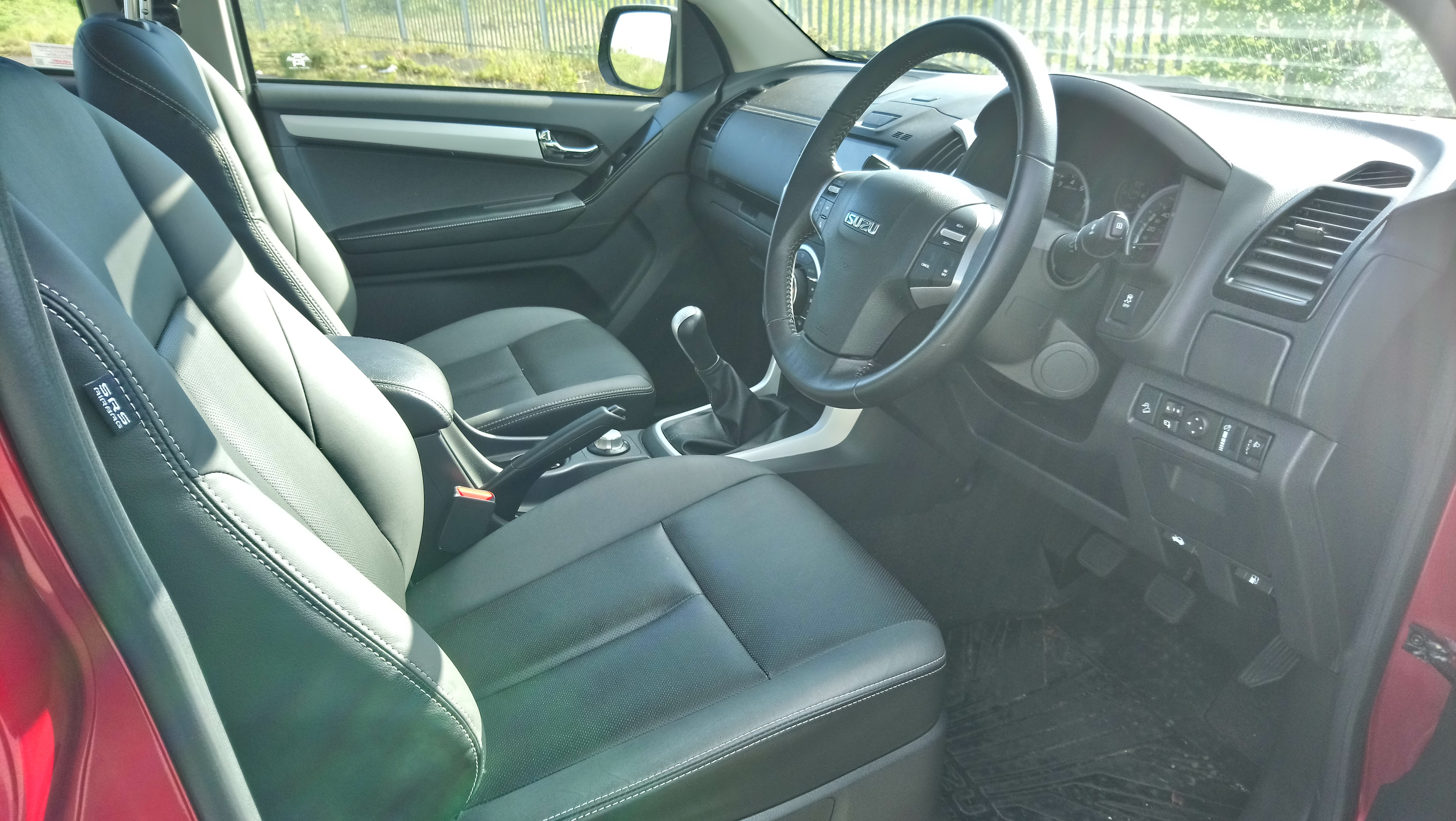 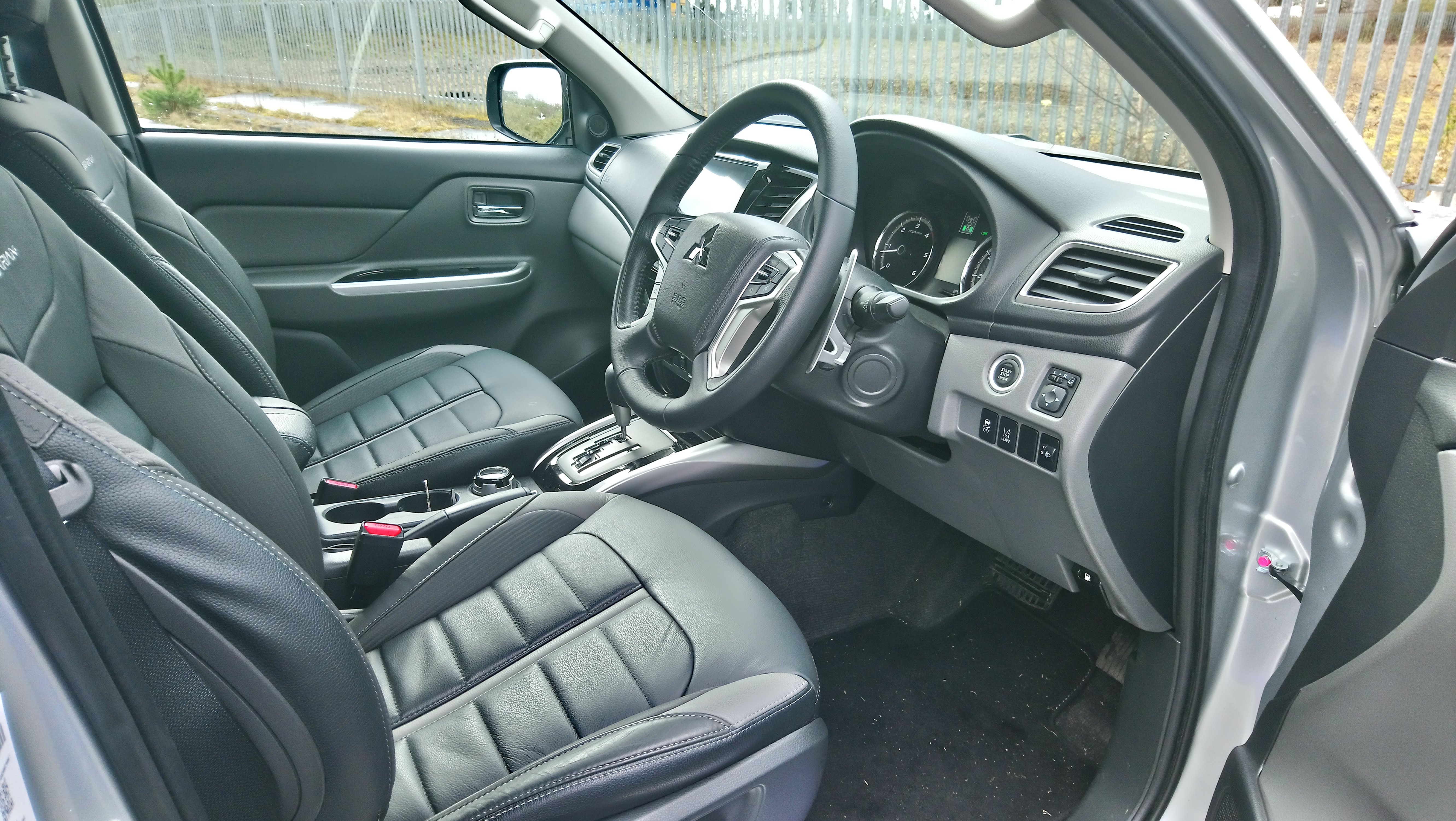 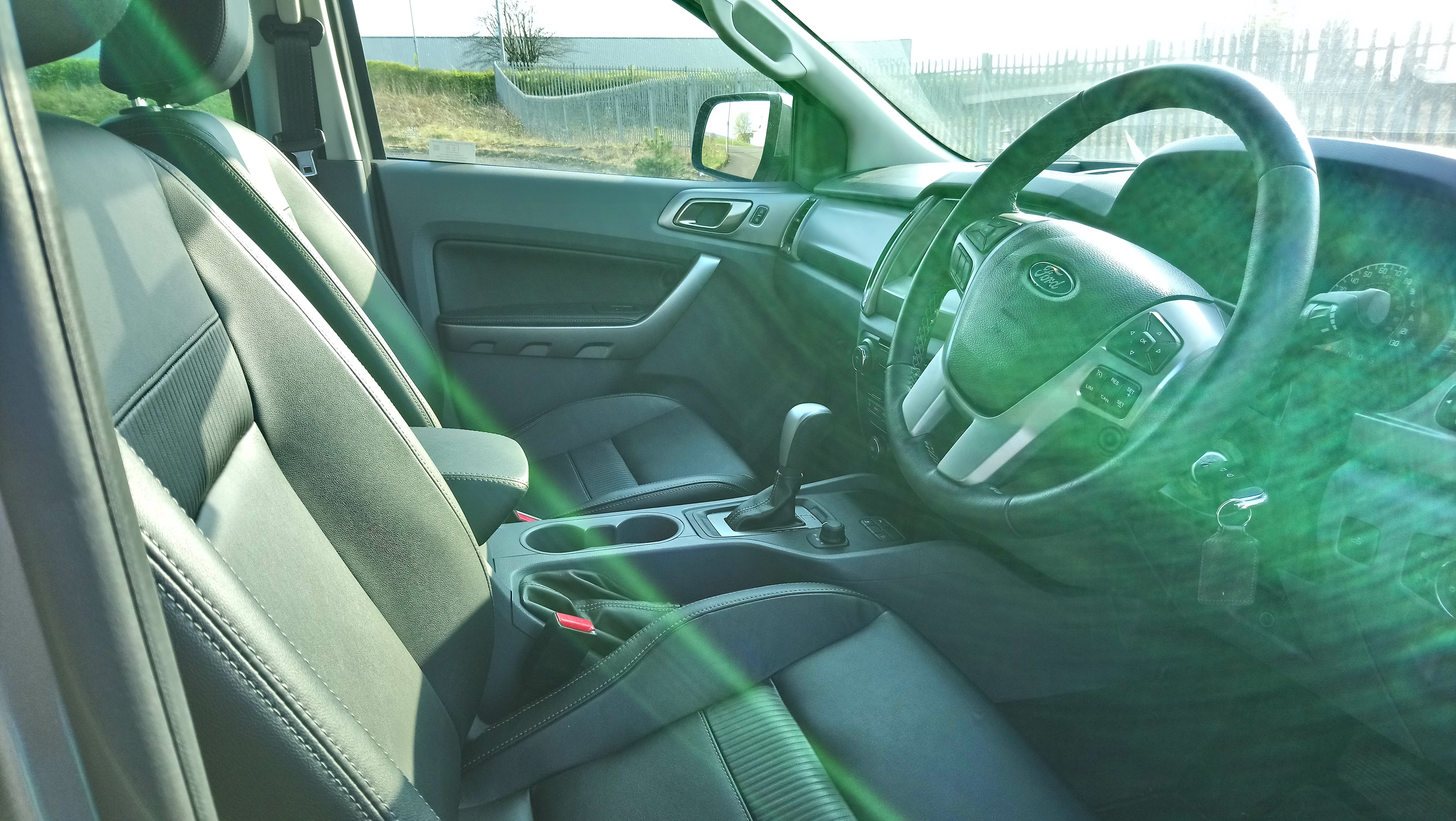 Despite now being used more and more as family cars, pickup trucks still come from a commercial background and therefore are a bit more van-like than car-like inside. Still, it doesn’t take too much effort to add the same entertainment system as you use on your other models and slot in some leather seats. Do this and you’ve gone some of the way to making pickup trucks a bit more livable, even if there are still a lot of scratchy plastics.

All the cars tested here were upgraded to leather seats but the Ford Ranger had the best ones in terms of quality, comfort and bolstering.

In terms of entertainment units and sat-nav, again the Ranger is the best of the bunch with a standard unit Ford use in all of their European market cars. The version in the Ranger is not as advanced as the ones in the latest Fiesta or Focus, but it’s still miles ahead of the efforts from Ssangyong, Mitsubishi and Isuzu (which didn’t even have DAB!) and so wins out here. For some reason manufacturers from Asia still seem to be way behind the European manufacturers when it comes to in-car entertainment.

In terms of adding some design flair and keeping the number of scratch plastics to a minimum, nobody is doing a great job here, but the Ford Ranger is slightly ahead of the pack. 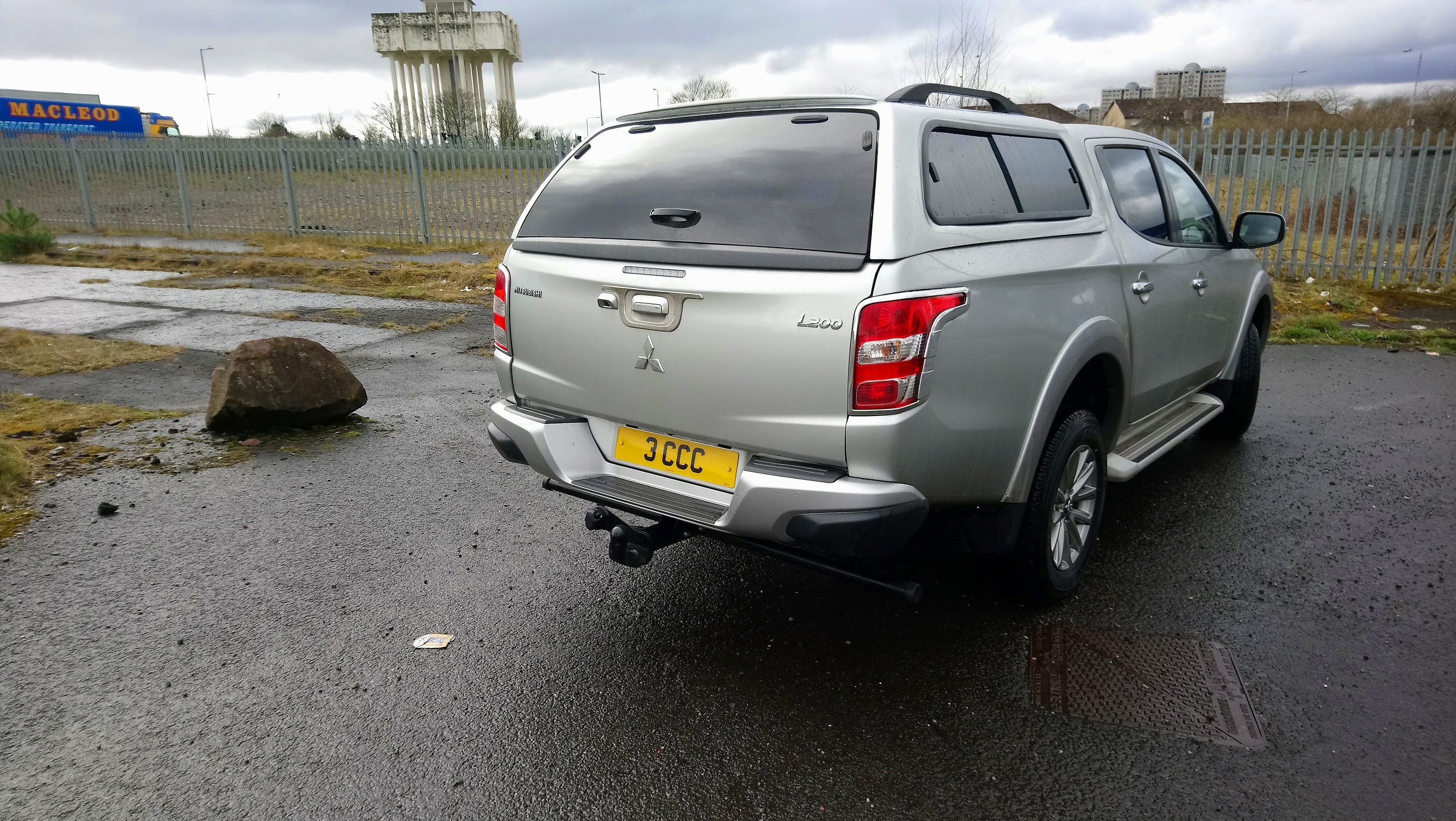 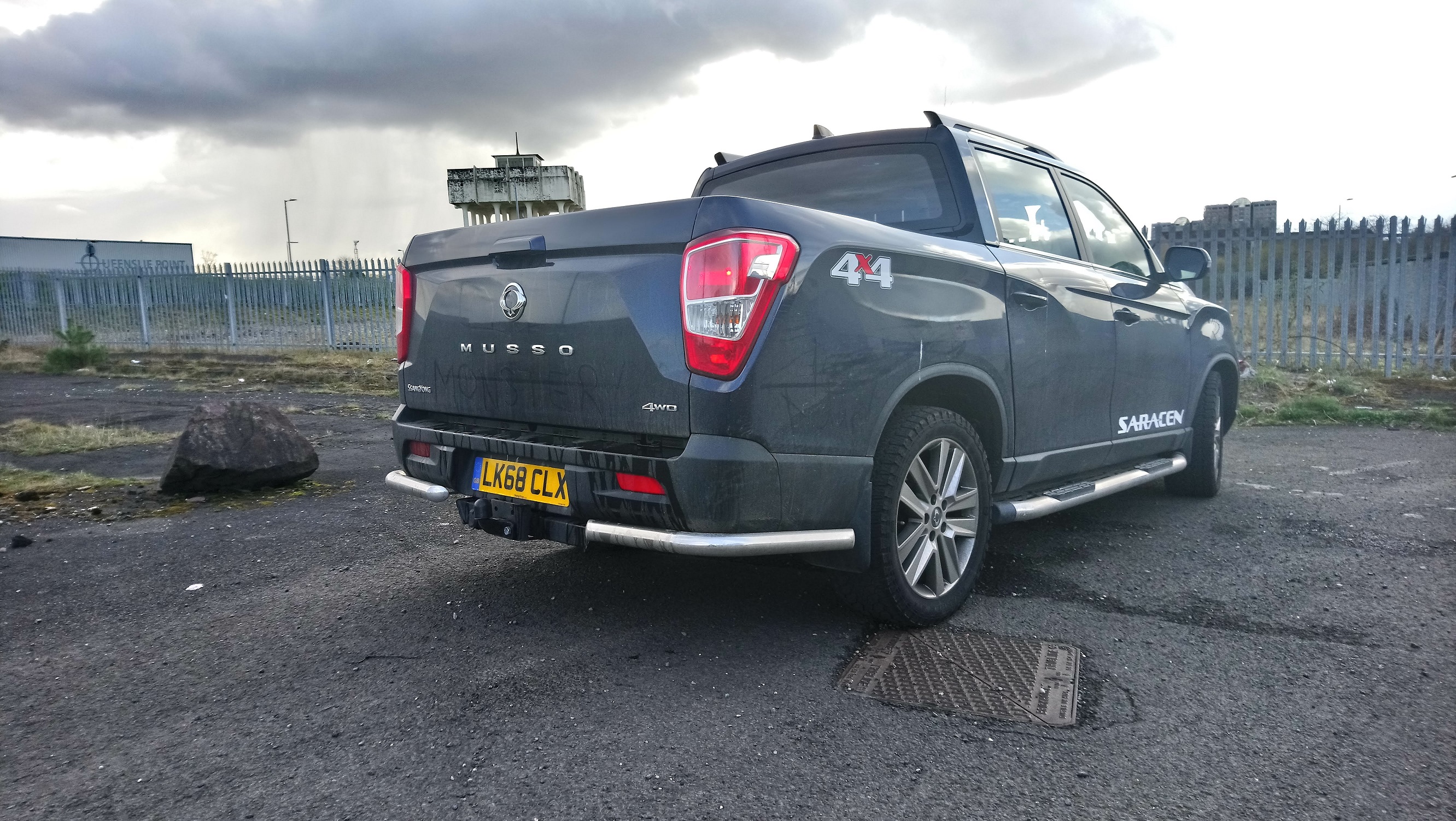 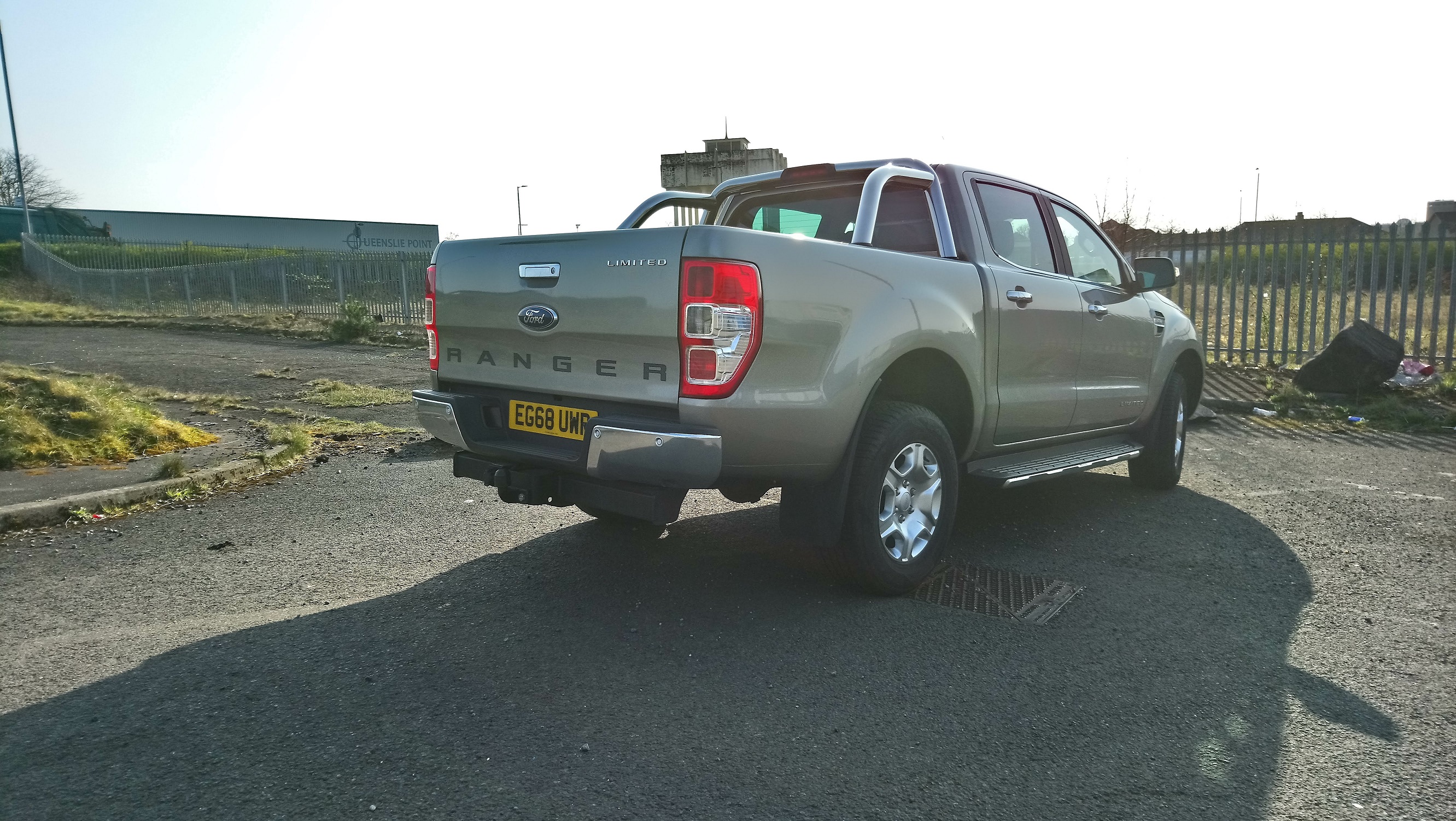 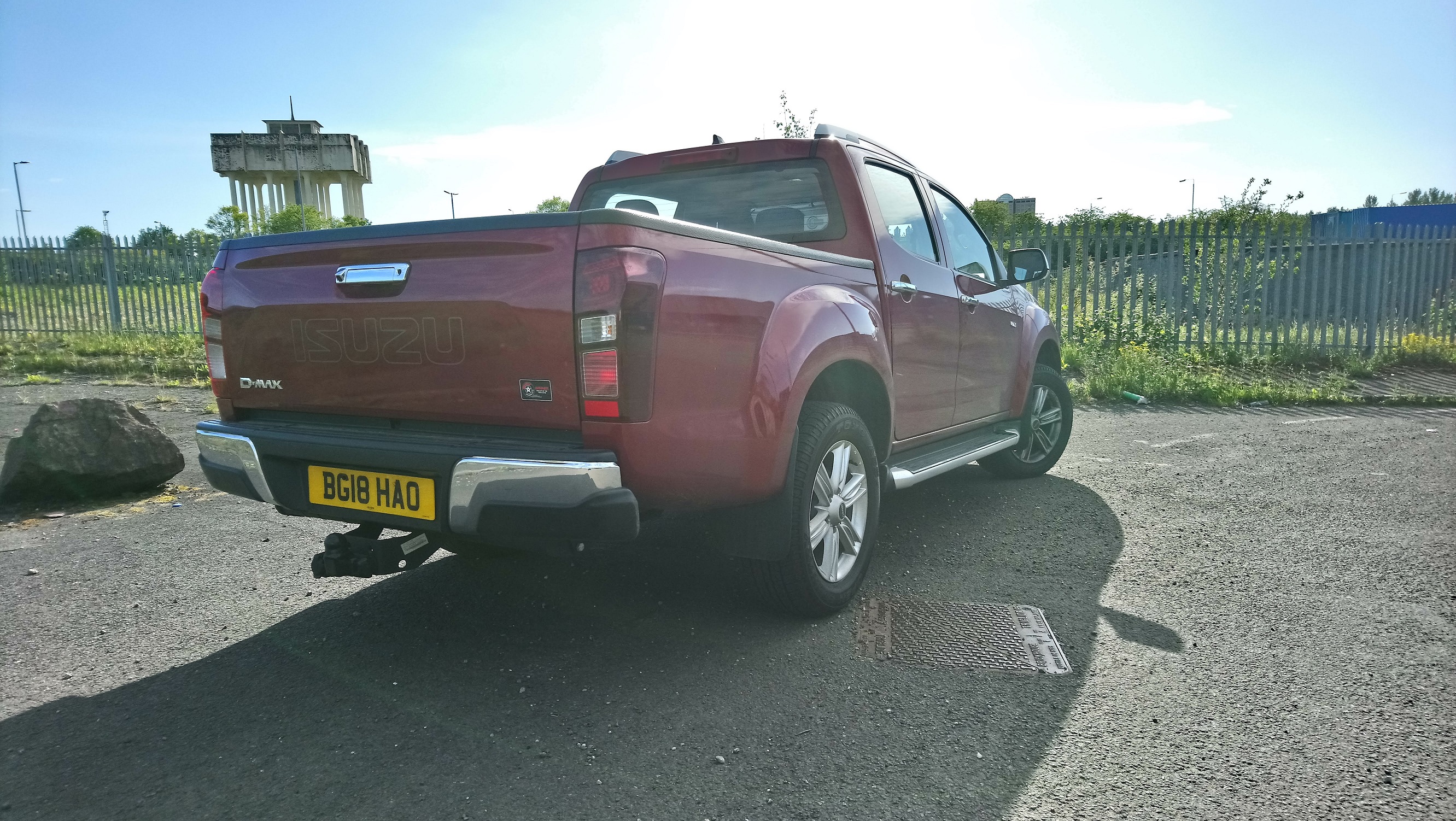 As you can imagine, with most pickup trucks following pretty much the same design principles, there’s not a huge amount of difference in space between them. For the Ranger, L200 and Dmax, this theory holds true, but if you look at the side profile of the Ssangyong Musso, it’s actually quite different from the others.

Unusually, the Ssangyong Musso has a really short bed which is much dealer than the other pickups here. Depending on what kind of luggage you are shifting around you might find this useful or less so. If you’re going an Ikea run for wardrobes then it’s not going to be the pick of the bunch, although we are told there is a long bed version coming.

For legroom in the back, the Musso wins again with the Dmax coming second, L200 thrid and the Ranger last. Although I forgot to take a picture of the back seats in the Musso, the large rear doors were excellent for getting the car seats in and for loading children in and out of.

Although these might not be the same issues you’d experience when using the pickups as work vehicles, access to the rear seats is still important if you are carrying four burly builders between work sites. 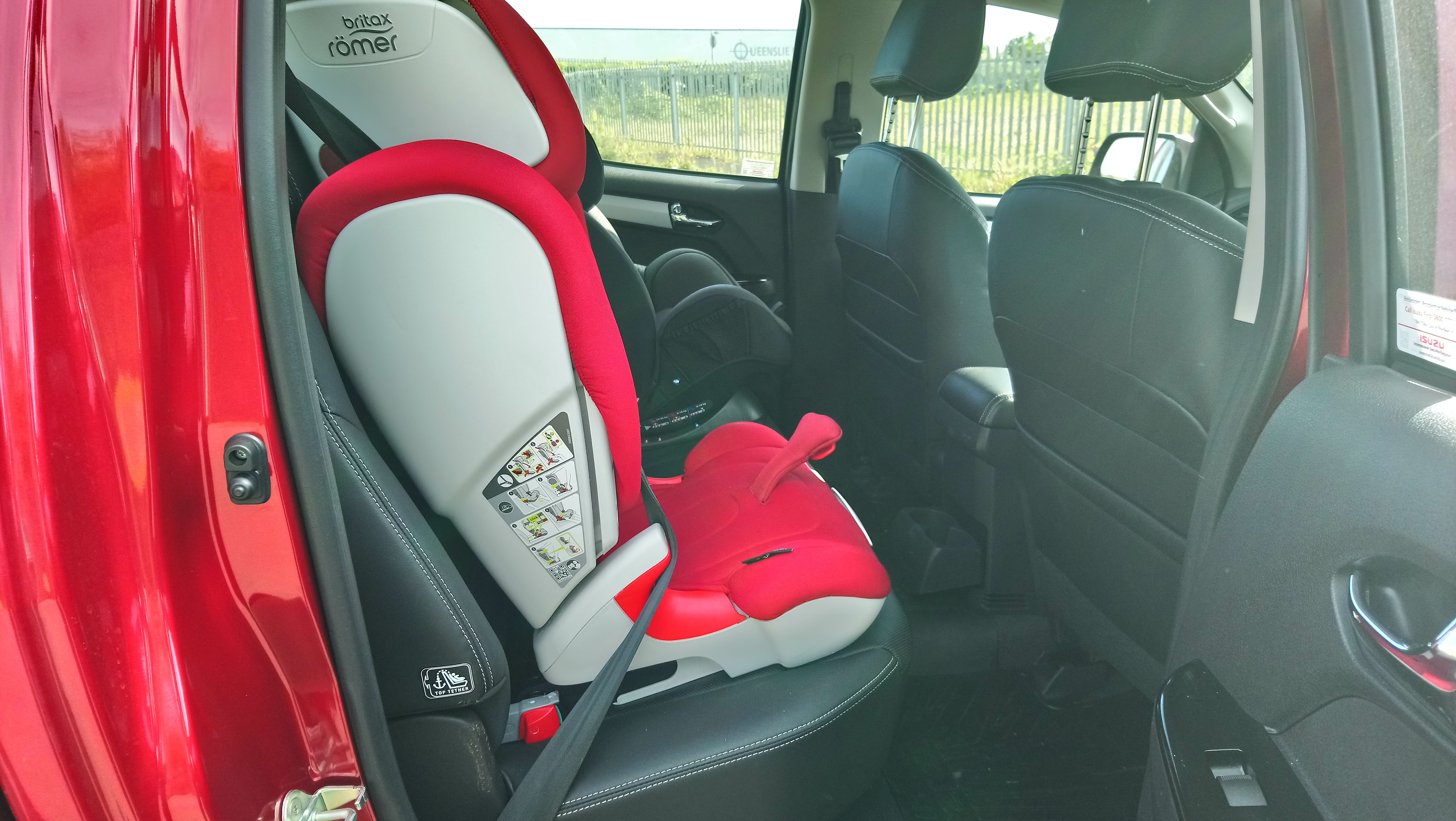 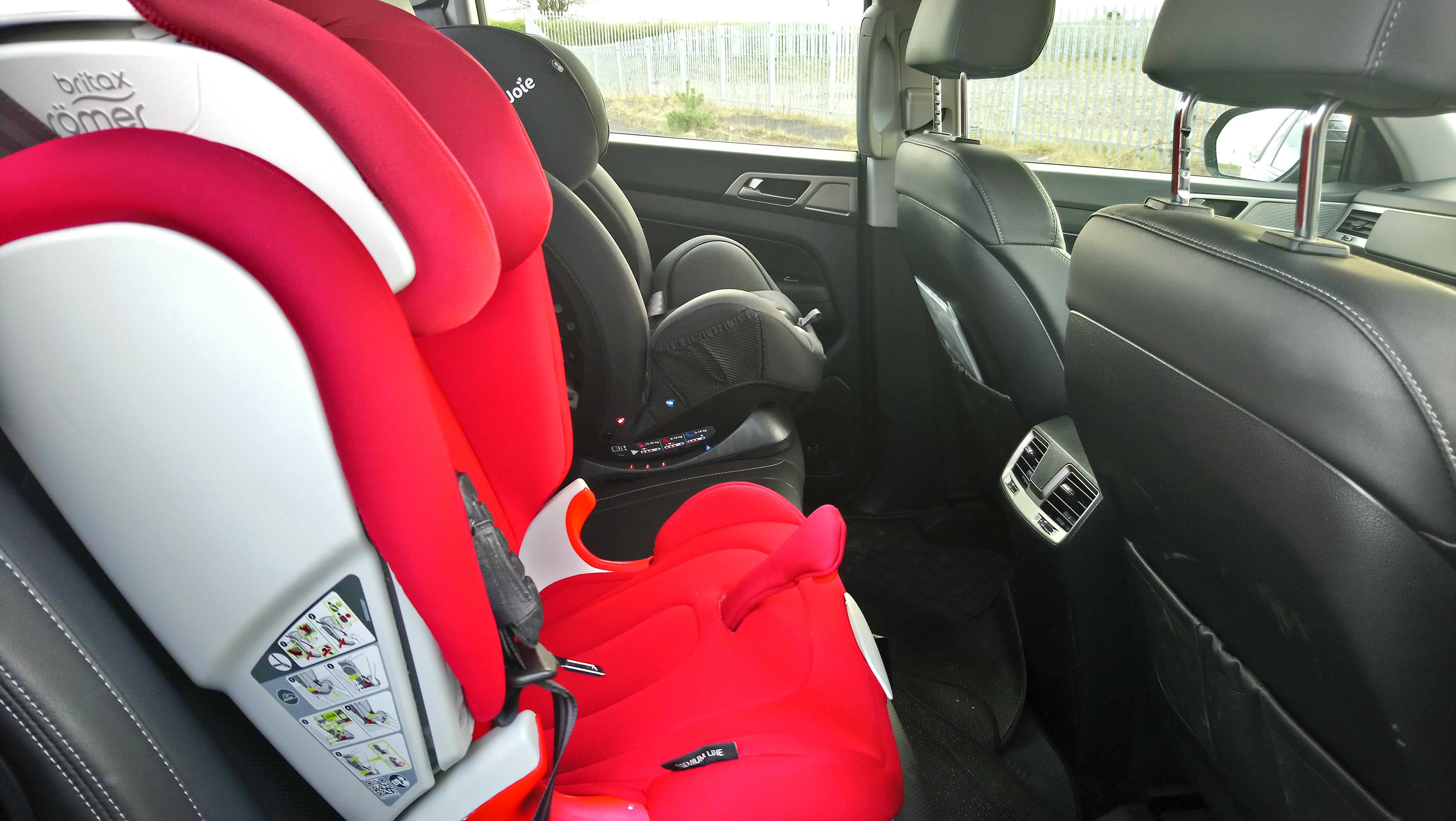 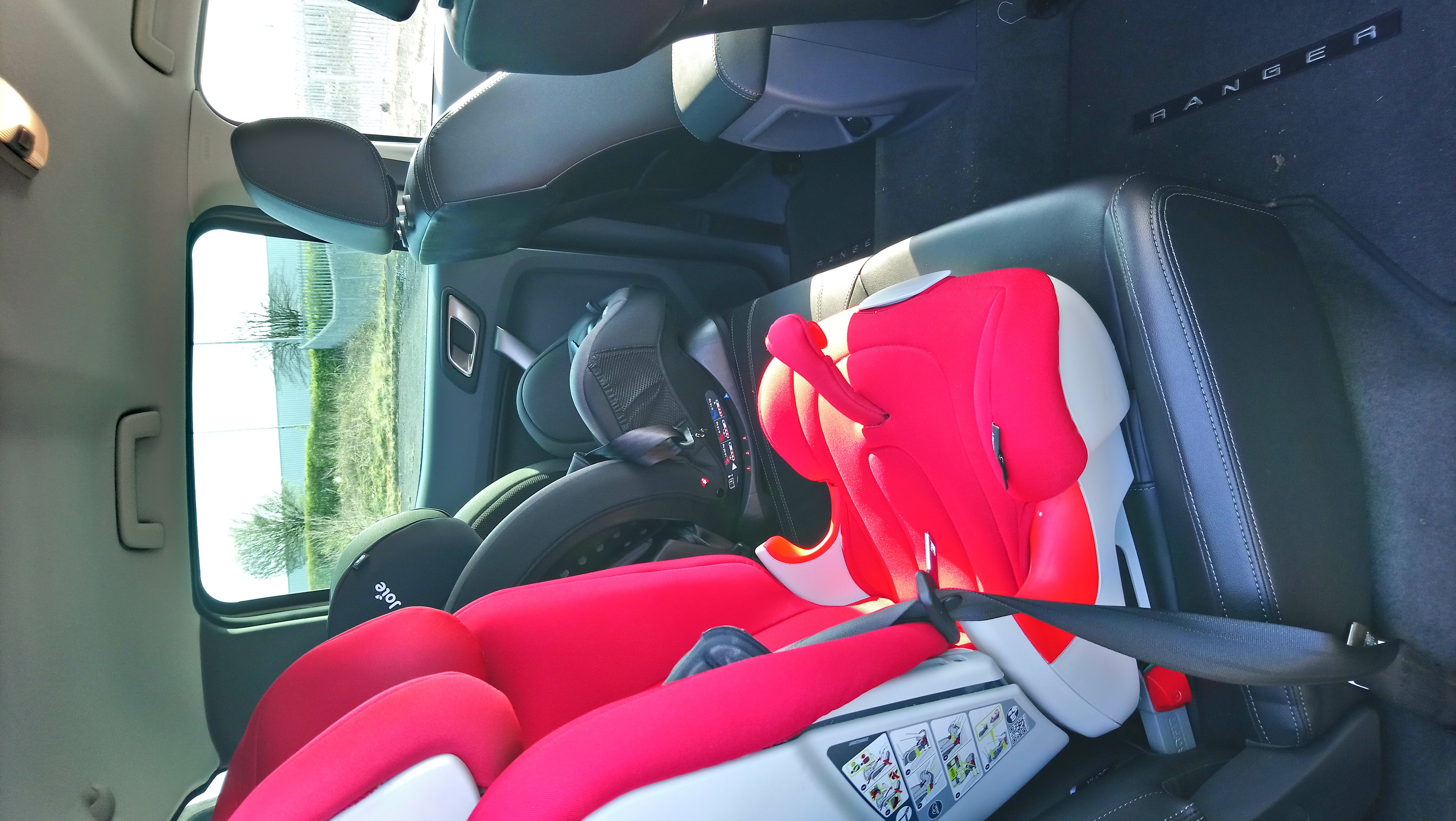 What should you choose?

For those who care more about the brand, looks and reputation then the pick of this group would probably be the Ford Ranger. It’s got the best name here and gets a bit of brand kudos from Ford’s US trucks like the F150. However, for those wanting the best truck for their money, there are better alternatives.

Lowest prices (ex VAT) for the twin cab versions of all the trucks look like this:

When you consider that the Musso has two extra years warranty with 25,000 extra miles than the L200 and Dmax, while still costing £1,000 less than the Dmax, the Ssangyong makes a great case for itself.

If you also take into account that while testing, we thought the Musso had the best engine and drove the best for everyday living, it’s hard not to recommend the Ssangyong Musso as our best pick from the current range of non-premium pickup trucks for sale in the UK today.

A quick check on Autotrader reveals that you can even find the more premium, Ssangyong Musso Saracen trim level available on a 2019 reg for only £21,950 +vat. Even if you run the Musso for the seven years of the warranty and then take it to the scrapyard, that’s only going to cost you £3,762 (inc vat!) per year – an absolute bargain.